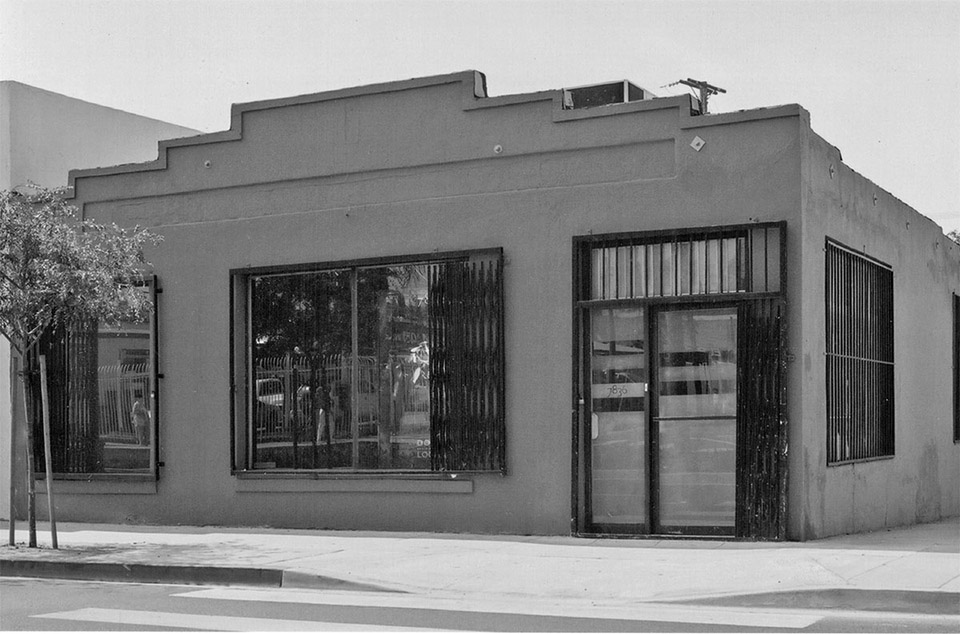 When Clay Doyle moved his studio from Westwood to West Hollywood in 1992 he rented a building with enough room for a small exhibition space. He had long wanted a gallery to showcase the work of the talented illustrators and photographers he knew from his graphic design business.

First commercial solo show;
All negatives and most prints were subsequently destroyed in the Malibu fire of 1993.
Now: they continue to work as commercial and fine art photographers. 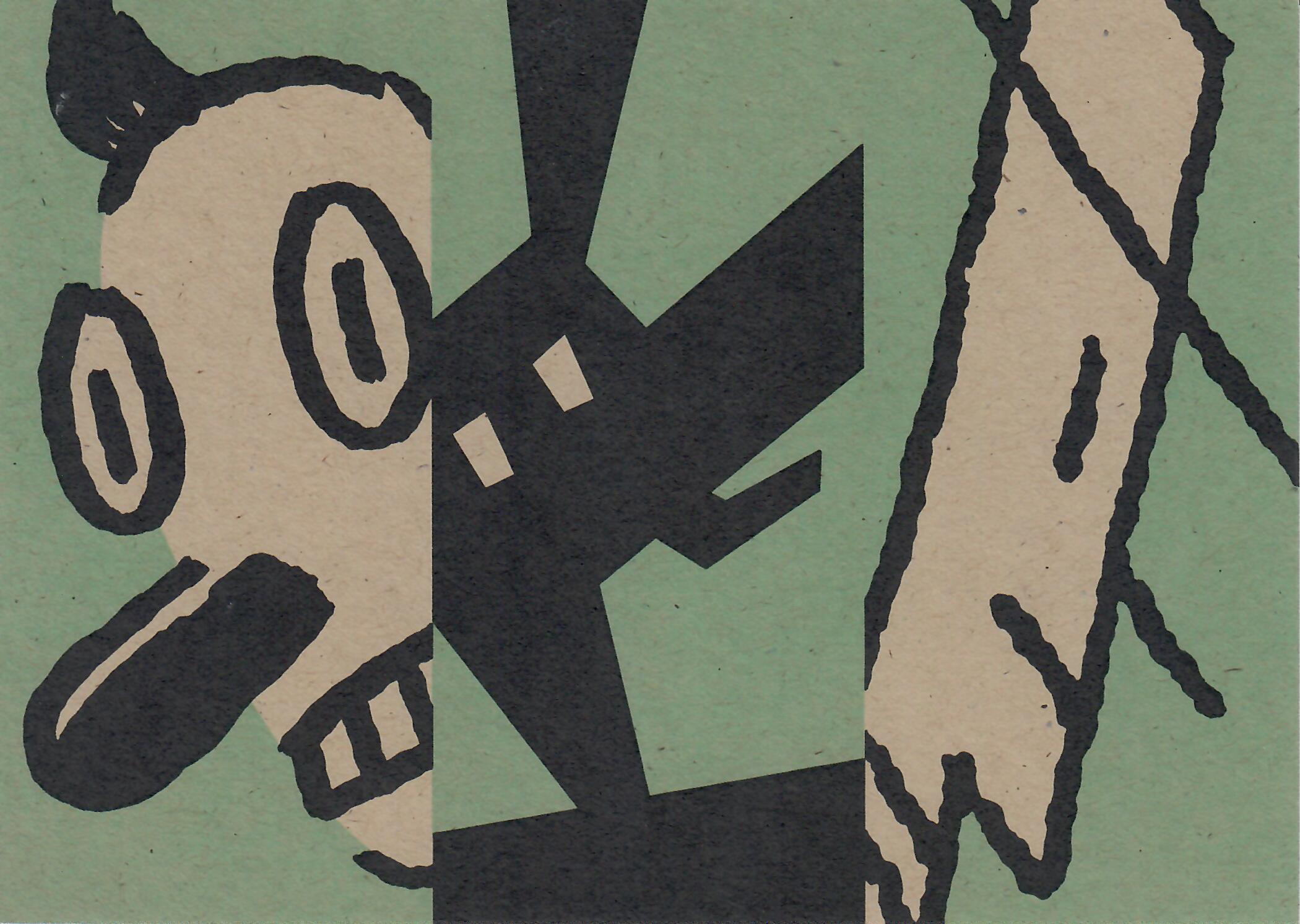 First commercial exhibition of these three UCLA art school graduates
Now: all three are highly successful artists but with unique and divergent styles; all three have been collected, exhibited, and published around the world. Explore their work with these links.

First U.S. exhibition
Now: He continues to create and sell work in his Amsterdam atelier.

First commercial exhibition for these artists
Now: David Hargrove went on to become an interior designer before his untimely death in 2015.
Jeffrey Burton is a very successful fashion and fine art photographer. 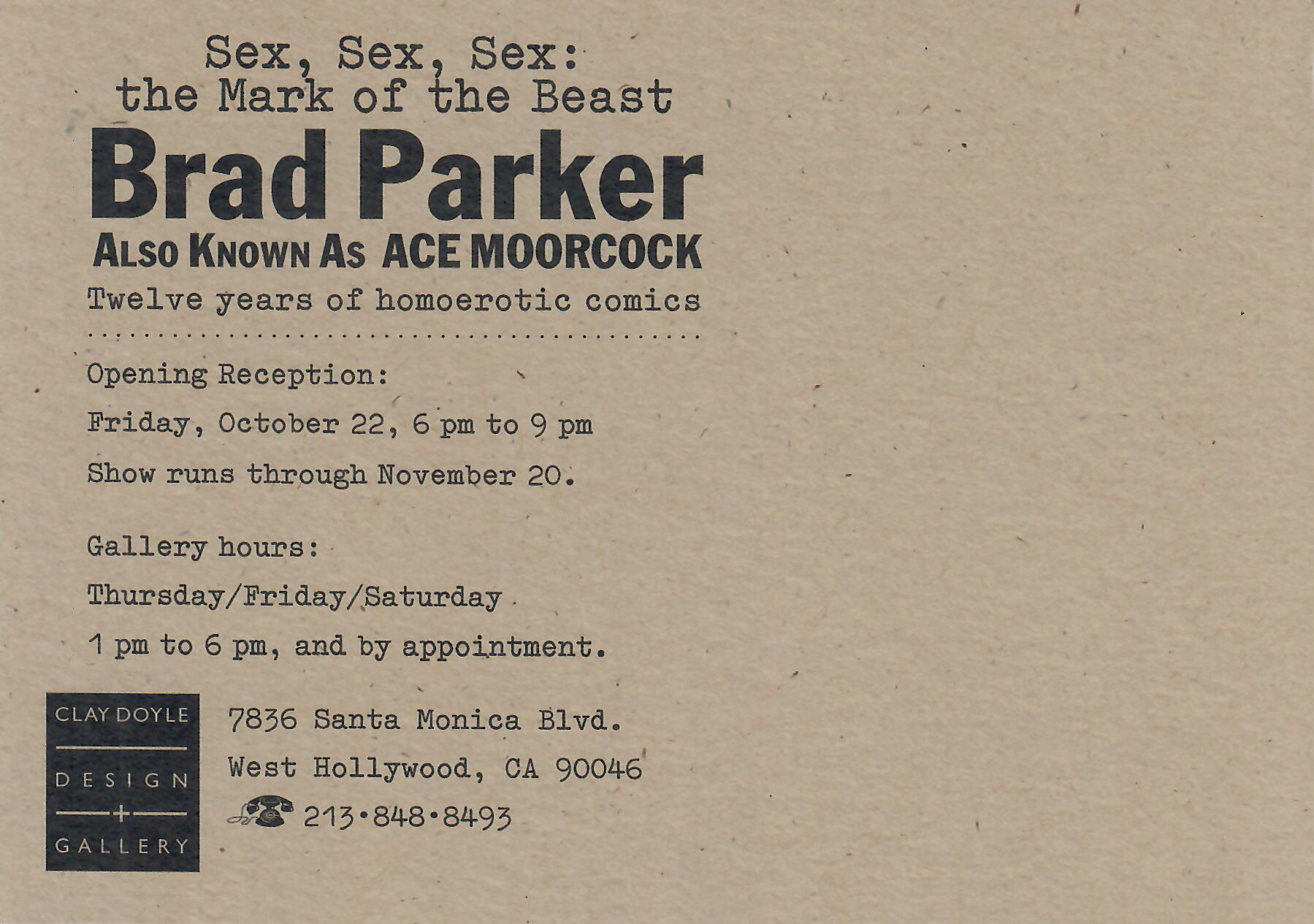 First and only retrospective of the artist's erotica
Now: Parker is a successful Tiki artist in Hawaii. 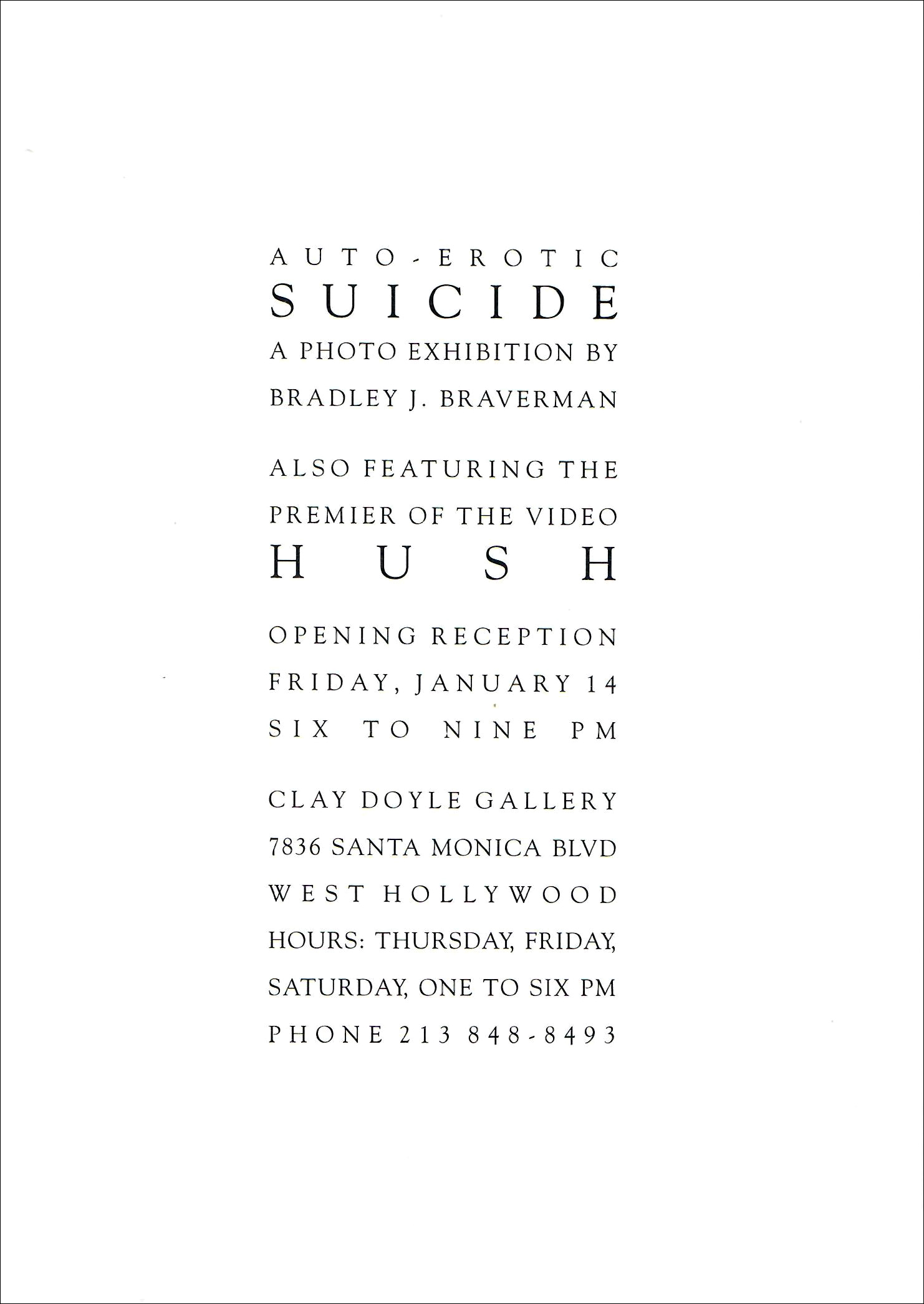 First exhibition of this ironic yet exquisite black and white photo series
Now: Braverman died of complications from AIDS shortly after the exhibition. 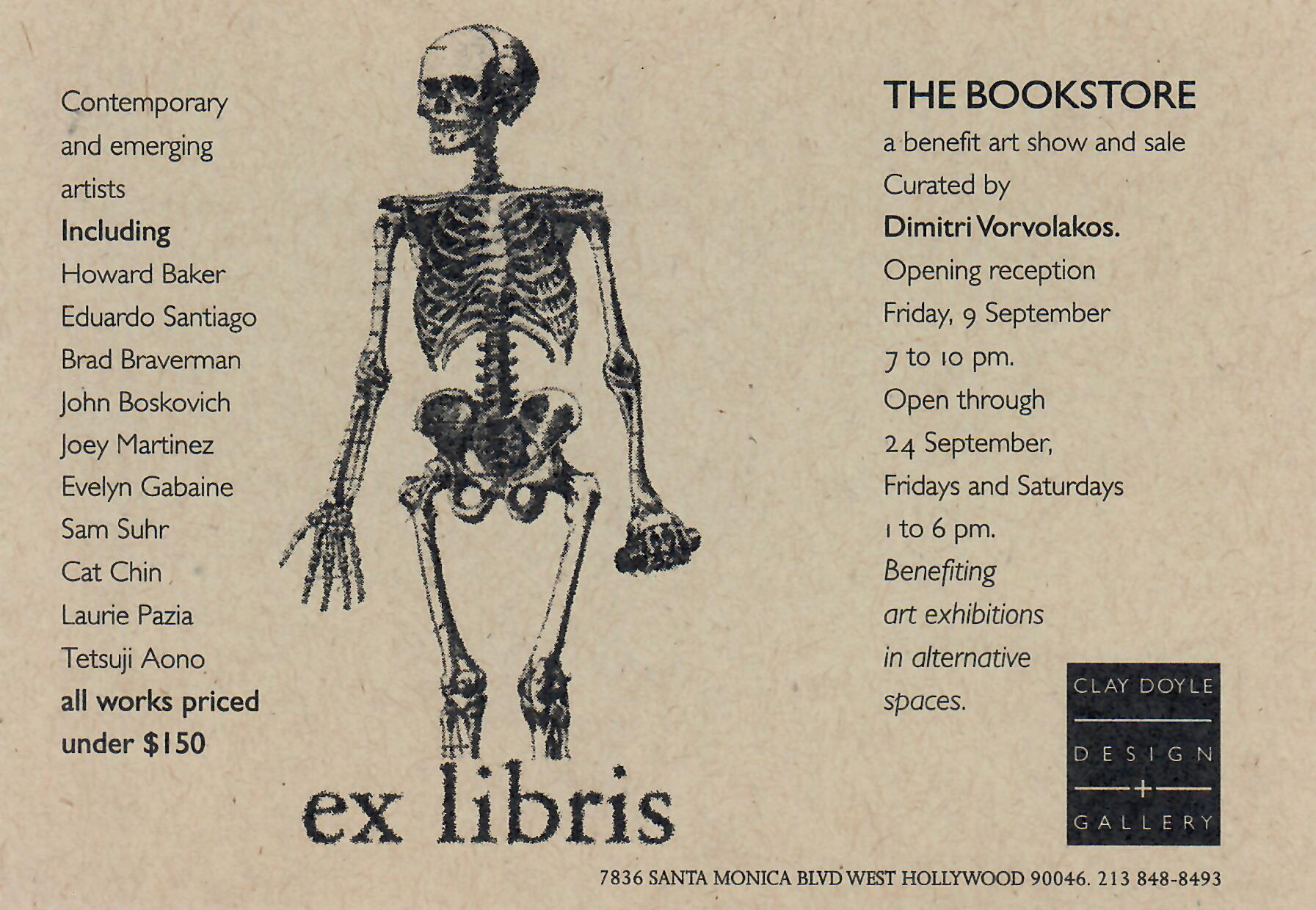 An extensive series of small-scale sculptures of meticulously assembled from discarded industrial, consumer and religious objects. First showing ever of this true “outsider” artist.
Now: after some subsequent success and a long hiatus, Wilson is working on new pieces. 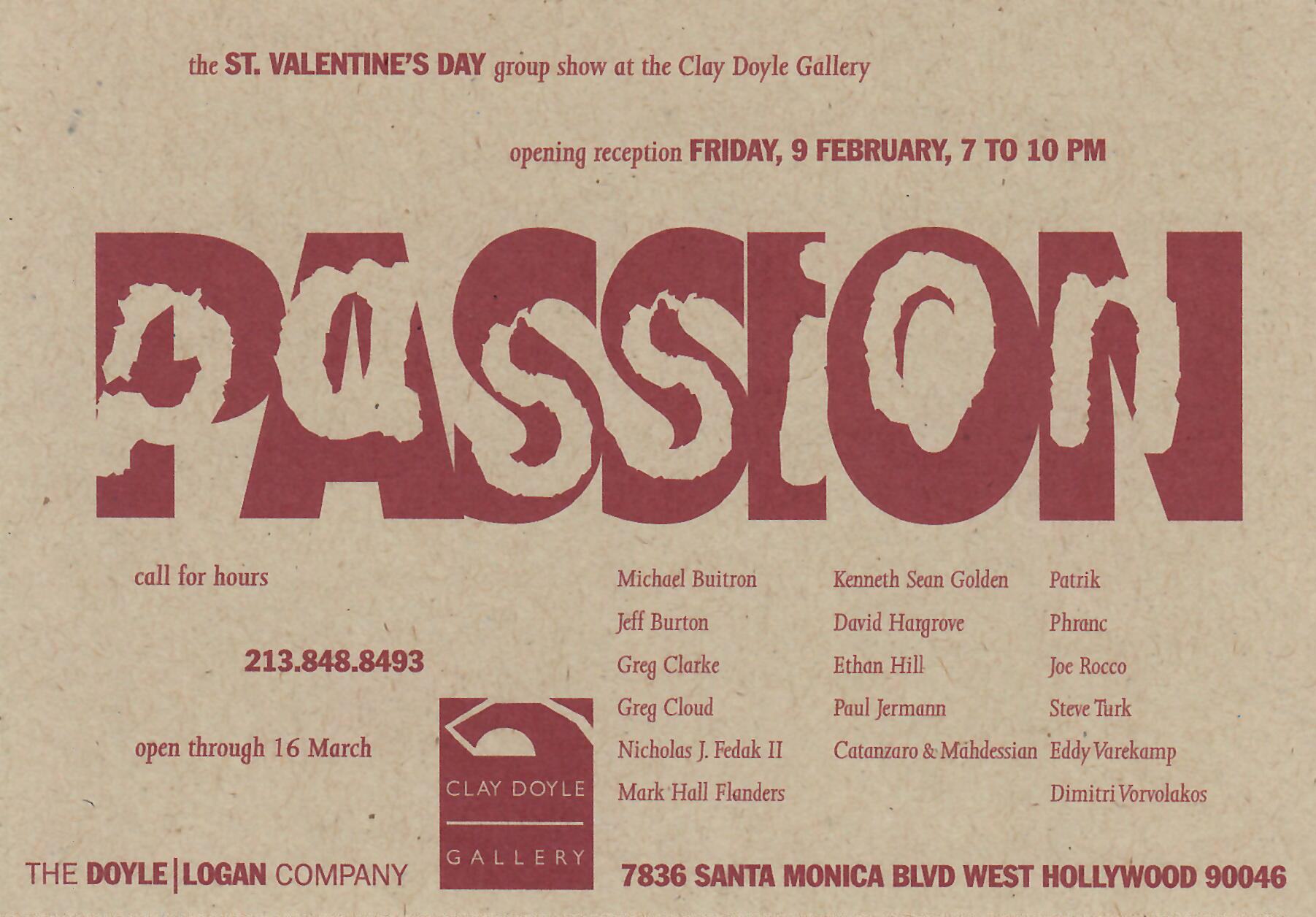 The Gallery at The Doyle/Logan Company 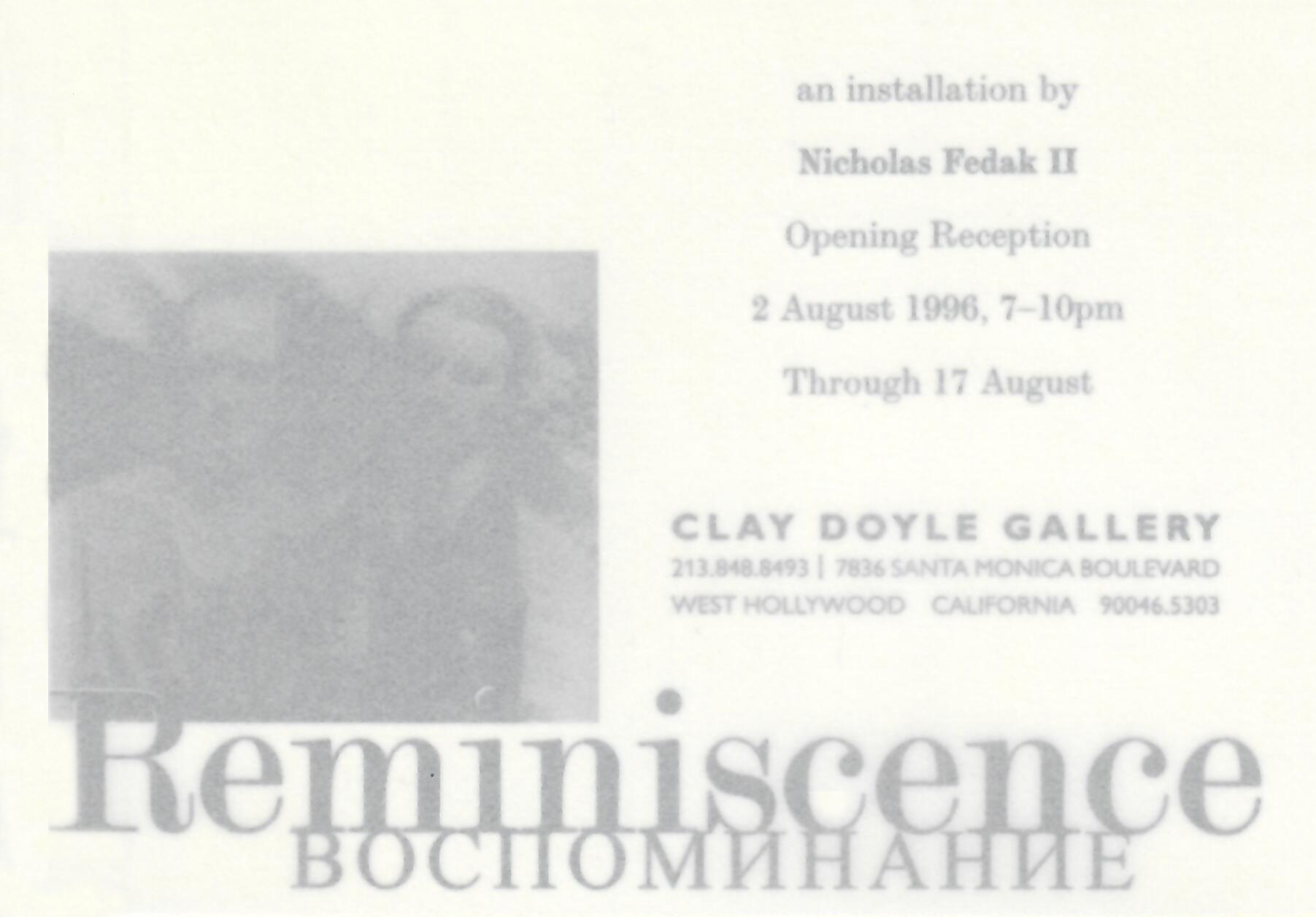 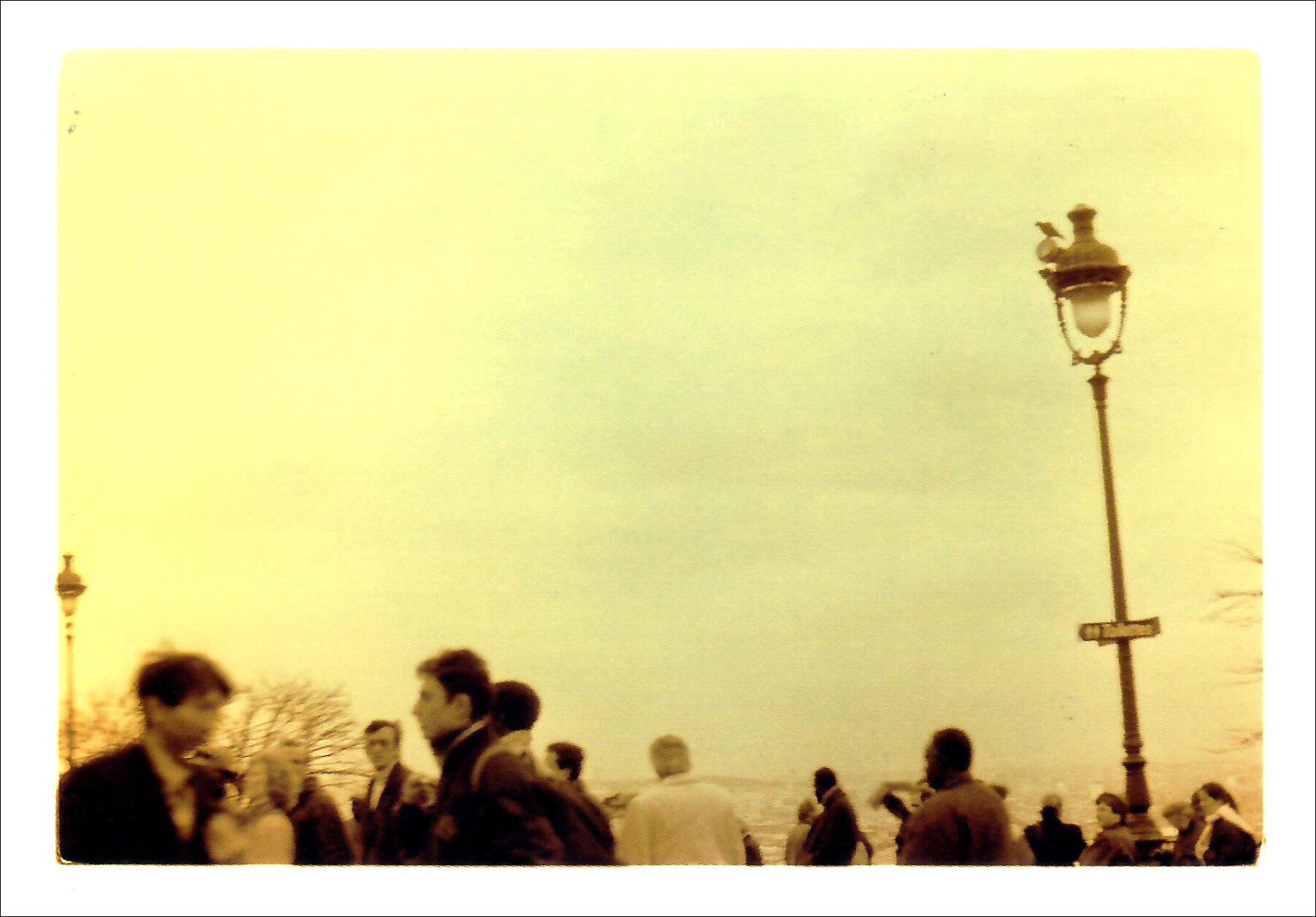 First commercial solo exhibition by this LA based illustrator, shortly before changing his illustrative style, as well as his name
Now: He creates illustration for a wide range of corporate and editorial clients under the name Noah Woods, as well as creating an acclaimed childrens’ book, and fine art.

Solo show by Mark Fox featuring new political works and a series of limited edition posters created especially for this exhibition
Now: Many works from this show are now in the design collections of museums internationally.
Fox continues to design and create propaganda posters in San Francisco at his studio Design is Play, with creative partner Angie Wong. He is also a Professor of Graphic Design at California College of the Arts (CCA) in San Francisco. 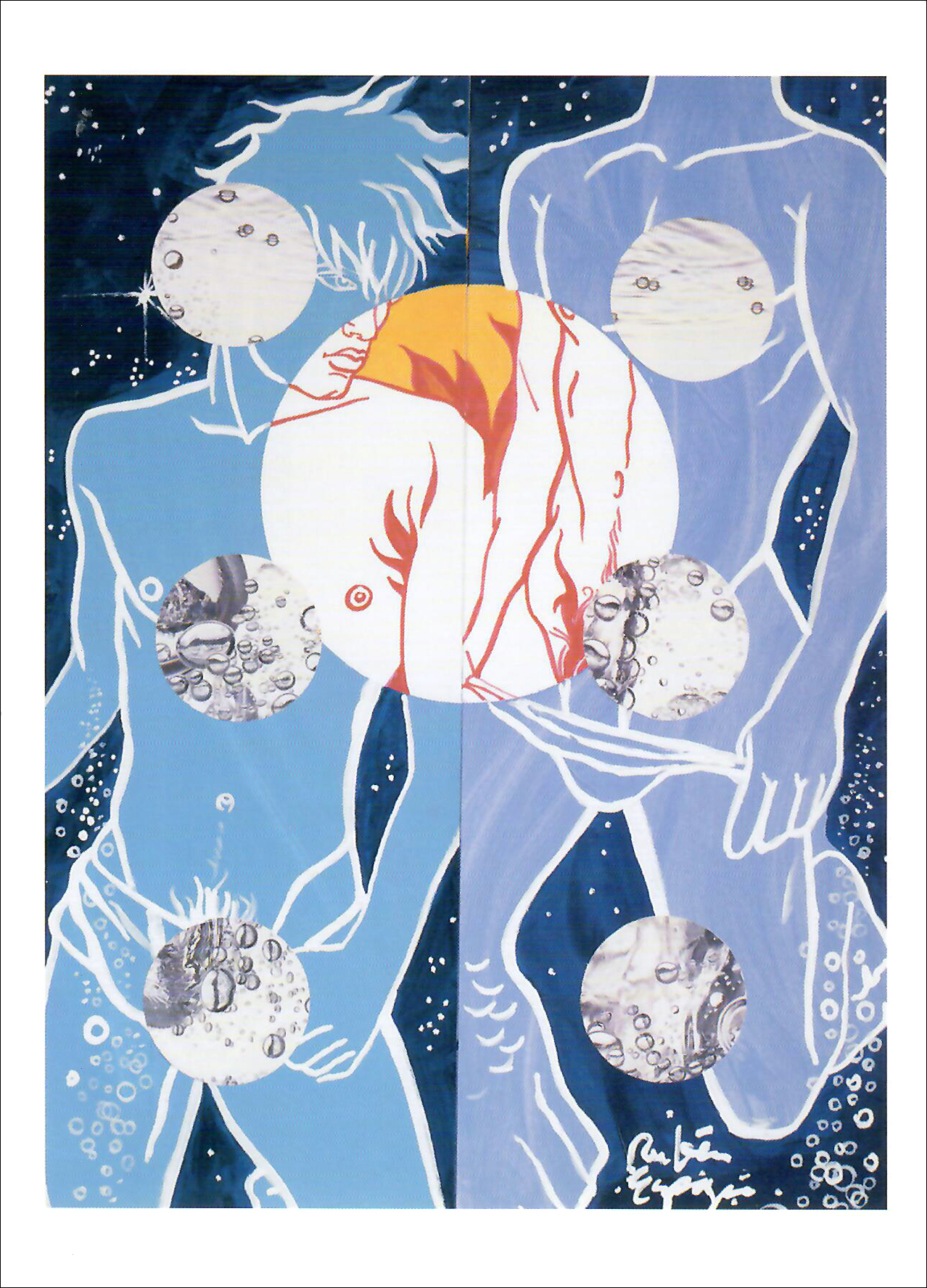 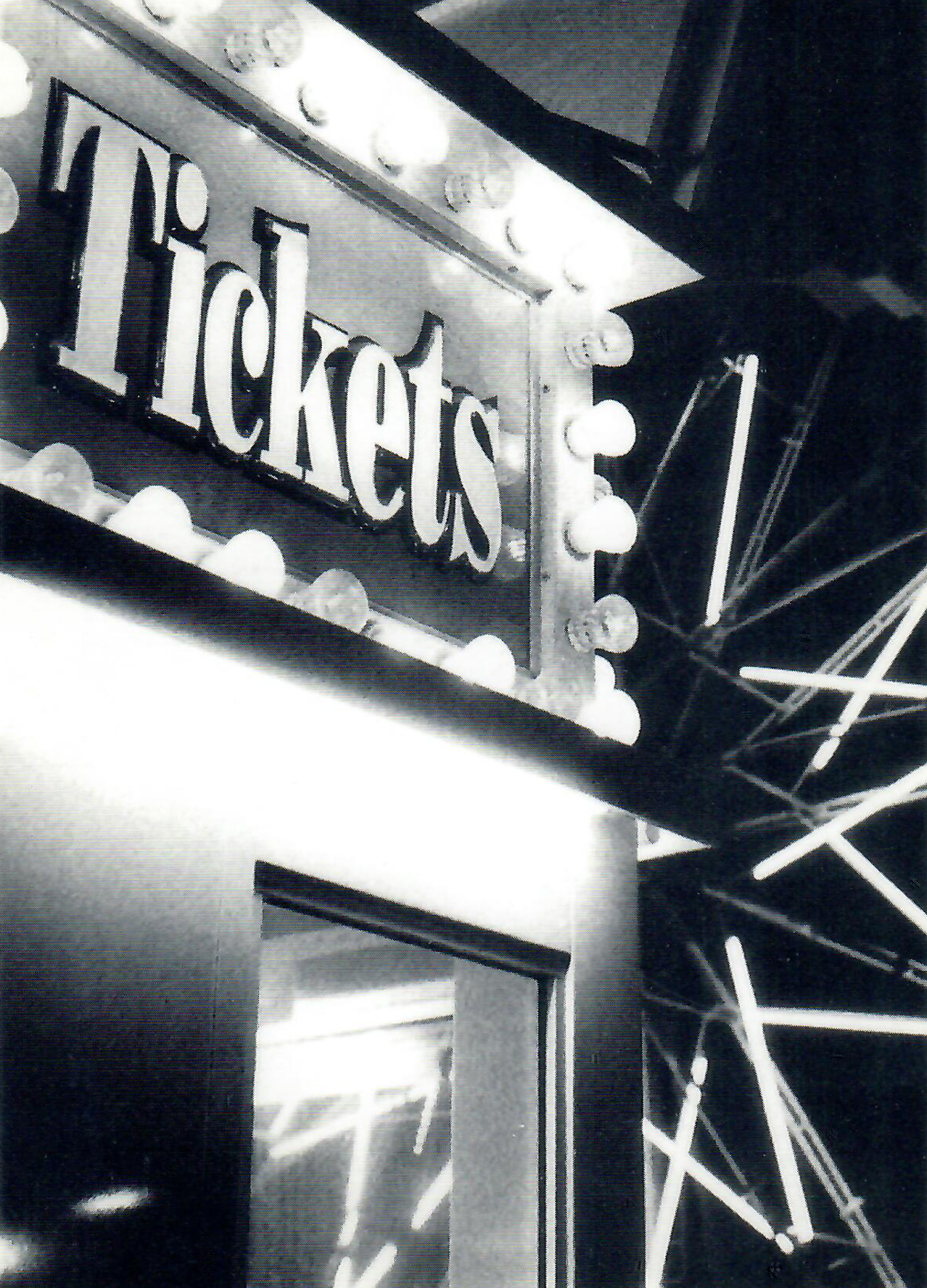 Tickets curated by Konrad Kemper
April 9—May 28, 1999
Photographs by Evan Klein
First solo exhibition of this series of black and white carnival photographs 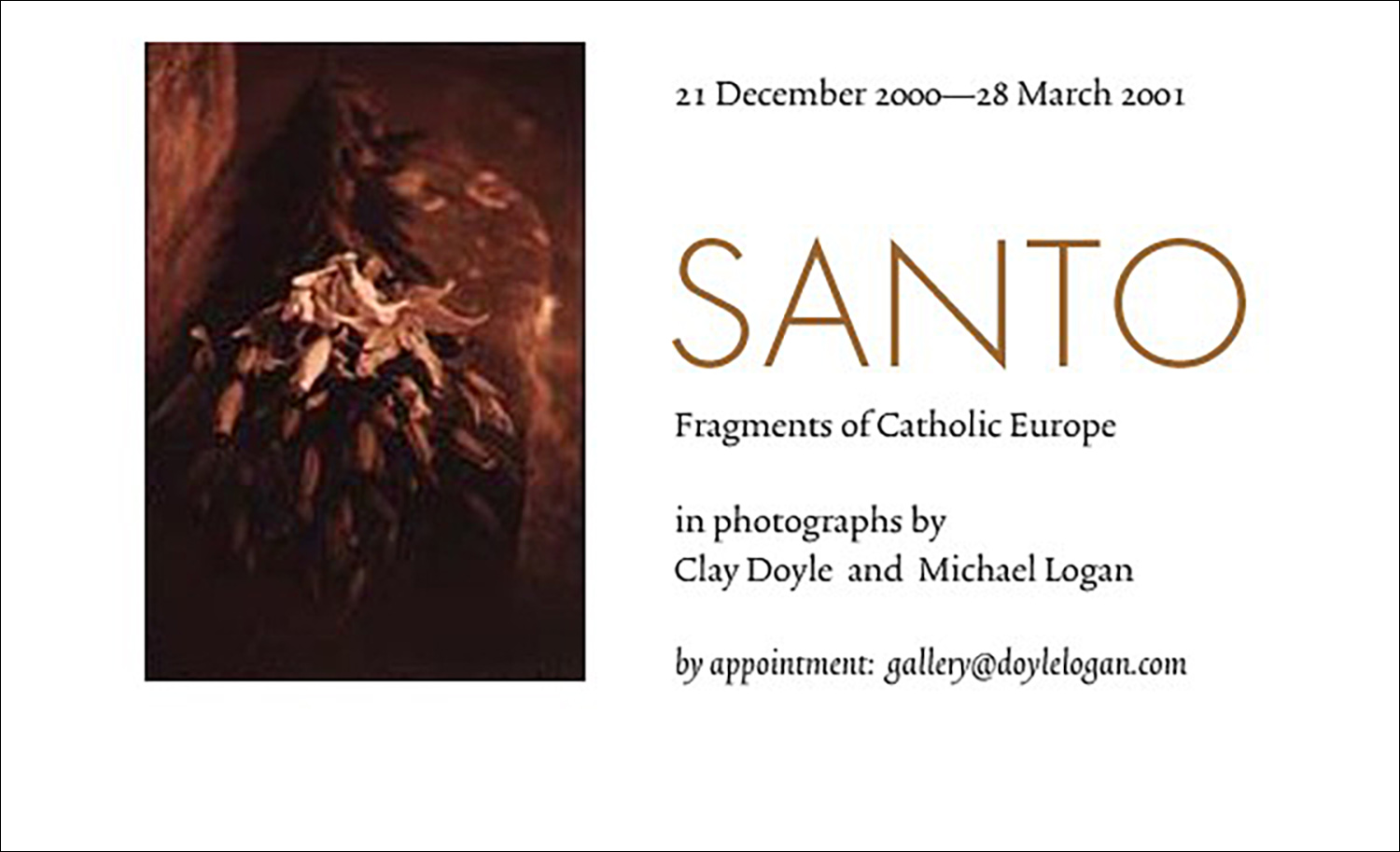 Santo: Fragments of Catholic Europe
A final exhibition of photographs by Clay Doyle and Michael Logan
In 1998 Mr. Doyle left for a sabbatical in Amsterdam.

In 2001 he and Mr. Logan relocated the design business and the gallery closed permanently